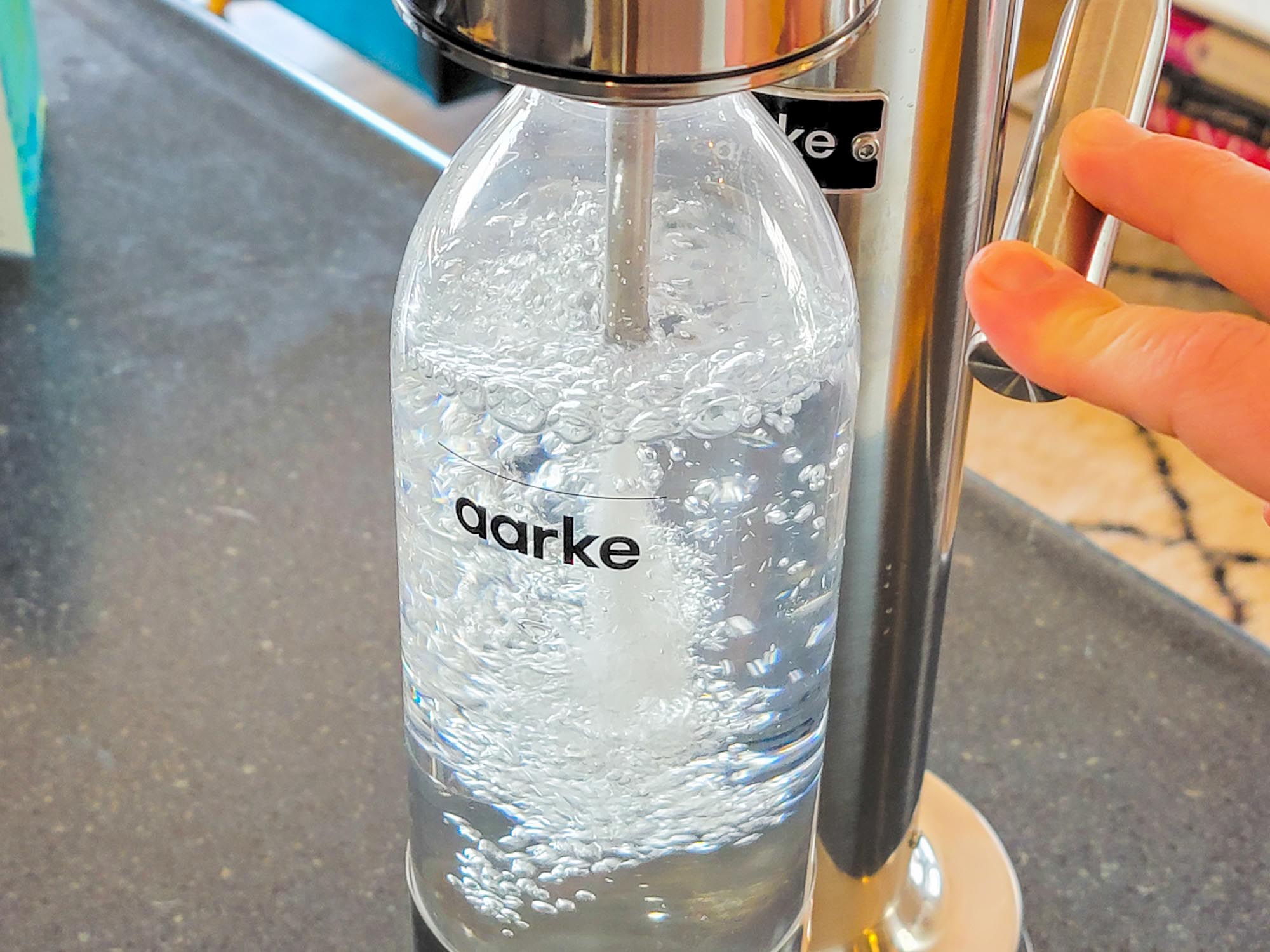 Raise your hand if you are mildly addicted to sparkling water.

This was us at the beginning of the COVID pandemic when we found our consumption of sparkling water increasing to record proportions (often to the tune of four or five boxes a week). So when we realized just how much money this was costing us, we thought there had to be a better way.

Enter the Aarke sparkling water maker, and after just a few minutes of research, we knew acquiring one of these seltzer makers would really be a game-changer for our consumption.

But the real question to us after the fact was not “how good is the machine?” (we love it), but whether or not it was actually a worthy investment to begin with. So we did some math to see what the payback period would be for different scenarios!

Are Sparkling Water Makers Worth It? 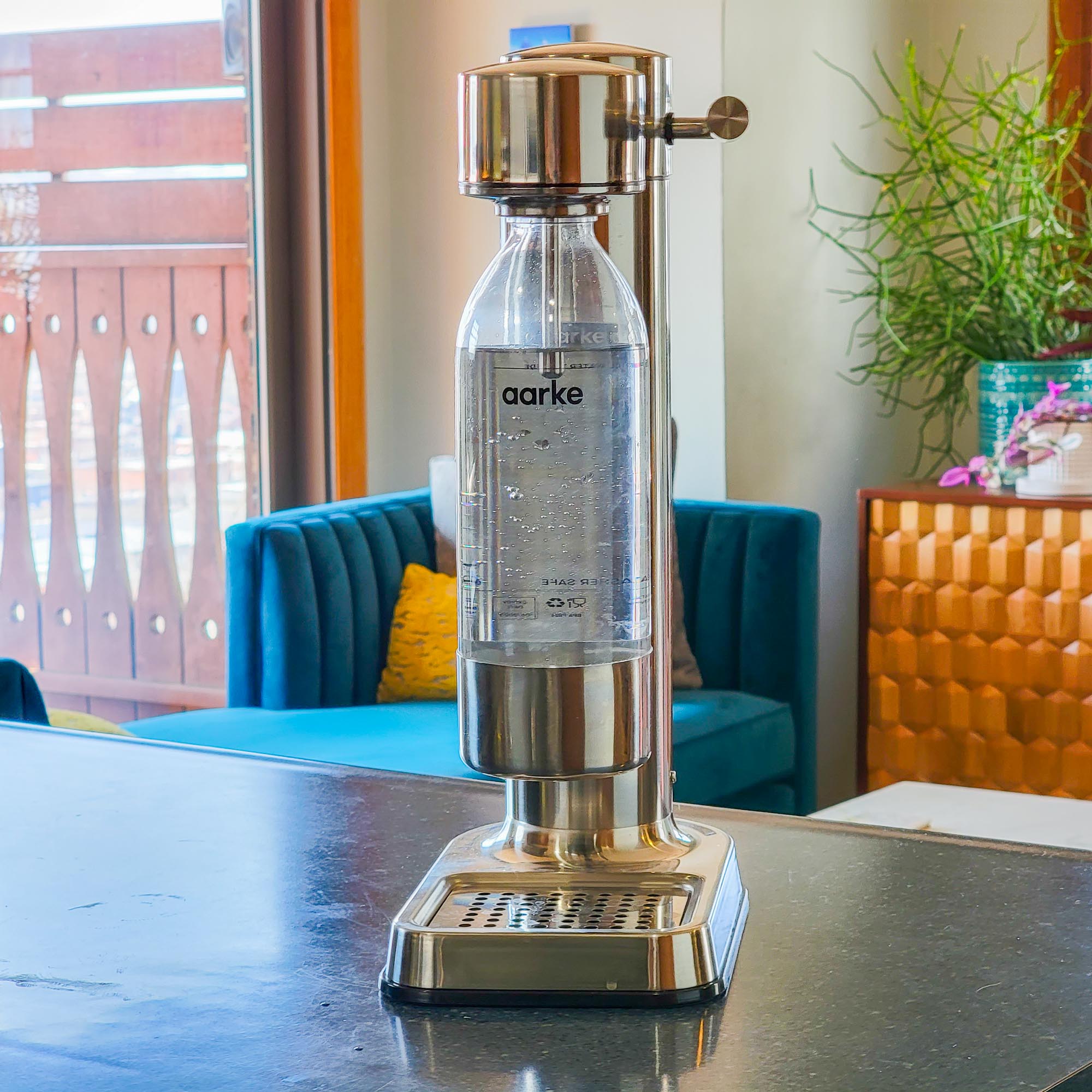 Let's say you go through one box of sparkling water a week. At 12 cans per box and 12 ounces per can, you are drinking about 4.2 liters per week for somewhere between $3-$8 depending on your preferred brand. So, for the purpose of this analysis, let's go with $5.

These sparkling water makers require CO2 cartridges that cost roughly $30 each and can make up to 60 liters of carbonated water (the price factors in an exchange discount, too), so the equivalent cost, ignoring the nominal cost of tap water at home, is roughly $0.50 per liter. So if you were to drink 4.2 liters per week, you're looking at a price of about $2.10 to get your sparkling fix. Hooray savings!

Now, factoring the cost of the machine itself into things, we should note that Aarke seltzer machines are not cheap- they run about $200 and $300 depending on the unit, so let's go with $250 for the analysis here. So if we amortize the cost out to find a breakeven scenario, we come to a payback period of about 86 weeks- or about 1.65 years.

Here, you will have spent $431 on sparkling water cans and $431 on the unit plus the cost of CO2 for the units. As we think anything under two years is generally a good payback period, you can see how a sparkling water maker can be a solid investment even if you have just one case of sparkling water a week.

But what if your consumption is different? If you go through two boxes of sparkling water per week, your pay-off time is now half. You've still spent $431, but in just 43 weeks instead of 86. If you were like us and you drank three, four, or more per sparkling water packs week, you're now talking a payoff period of fewer than six months!

So while the initial purchase price of an Aarke seltzer maker is high, if you have any form of consumption that rivals this, your payoff is likely going to be under two years if not much, much faster. Even throwing on the nominal cost for a bag of limes and lemons won't offset this one too much, so we think it ended up being a pretty good deal for us all the same.

But there is another way you can get your payoff period even faster- buy a Soda Stream.

What About Soda Streams? A Cheaper Alternative 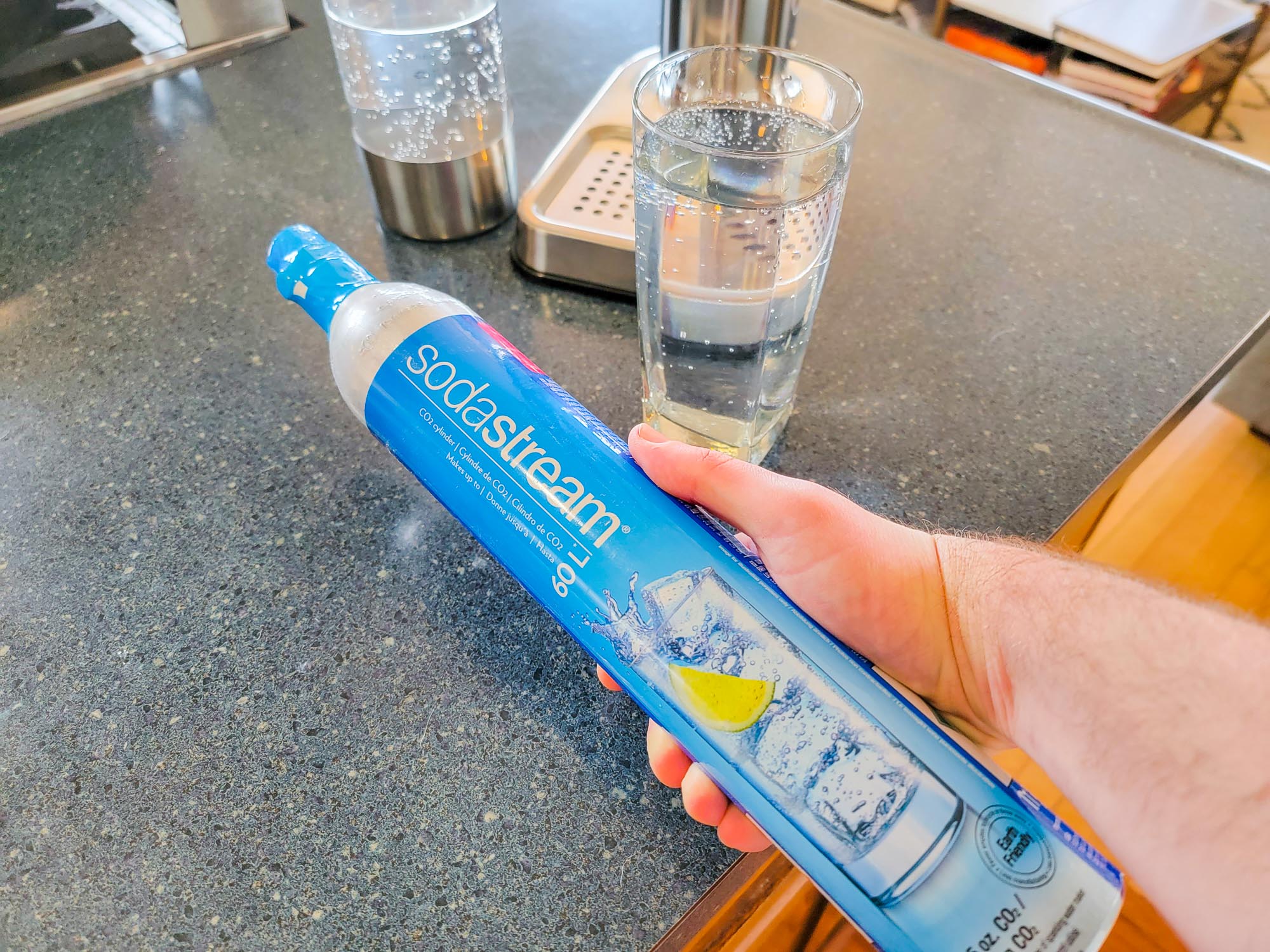 When it comes down to it, there isn't that much of a difference between an Aarke sparkling water maker and a Soda Stream. Both make sparkling water, both use 60 L gas cylinders, and both look nice too. A couple of models of Soda Stream require electricity, but for the most part, they're quite comparable in many respects.

When you go down the rabbit hole of reading reviews, you're probably going to find some that prefer one over the other, but for the most part, we simply assumed both were equally great products and chose ours on the aesthetic element alone.

That being said, the main difference worth highlighting is that Soda Streams are simply cheaper- units tend to run $100-$200 at most (about half of Aarke). Yes, we spent $100 more for a look, and no, we're not upset by that.

So what does this mean? Well, half the cost of the unit itself means half the payback time! So our first case above where you drink one box of sparkling water per week, a Soda Stream may pay itself off in just 43 weeks instead of 86. If you bump that up to two per week, you're looking at about 26 weeks. Three per week 14 weeks, etc. Yes, those who have huge consumptions really can have this investment pay itself off in just a couple of months if that!

As such, if your decision between one unit or another is economical, then Soda Stream is just that. But if you have a large consumption like we did (for a while we were hitting four boxes a week), then the extra expense upfront for an Aarke won't make too much of a difference from an amortization perspective. The payback period is simply so fast that it won't matter assuming you can afford the extra ~$100 all the same.

Overall, we're pretty happy to finally ditch buying sparkling water at the store because, even though we recycle, going through that many cans and cardboard boxes simply felt wasteful. Now with our Aarke all we have to do is exchange our sparkling water cylinders and that is that. Saving money and the environment? A win all around in our opinion!

Do you have an Aarke or a Soda Stream? What do you think of it? Comment below to share!