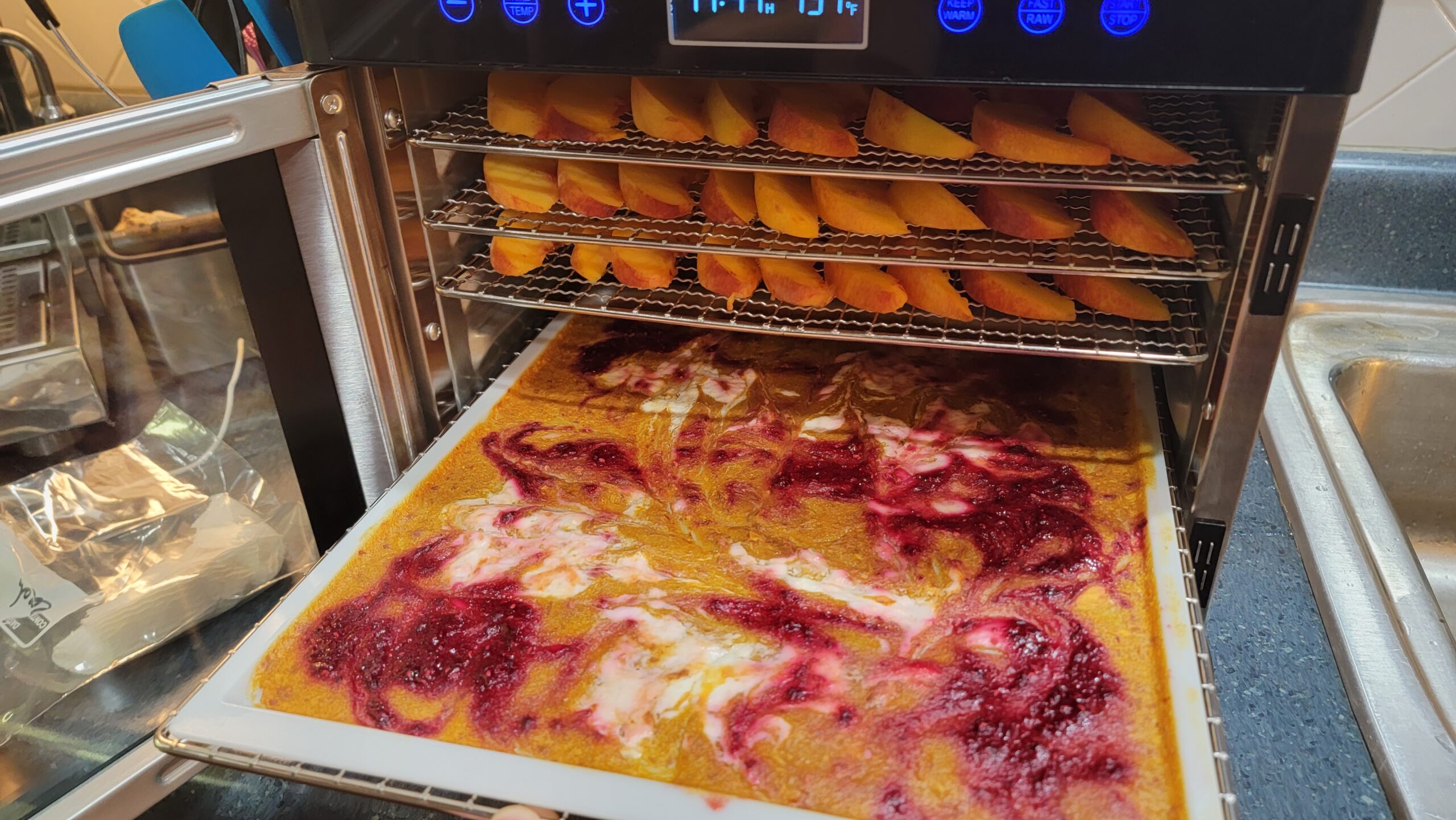 When we started to get into gardening and planting fruit trees, we knew we would have to look into preservation techniques for any of the excess we couldn't eat right away.

We had already been jamming fruits and preserving via water bath canning for years. We also had gotten into fermentation and pressure canning recently, too. But we wanted to try more techniques for preservation, so we decided to purchase a dehydrator to test out a different process altogether.

Dehydrators, to us at least, are simply fascinating. They work by running at low temperatures (sub-boiling) and low humidity to drive off excess water from fruits, vegetables, meats, and more. In the process of reducing the water content, these items become shelf-stable and can be stored longer-term at room temperature.

Anyone who has tried a dried fig, strawberry, or even vegetables knows that these are quite delicious, and we were pretty excited to see what foods can be dehydrated.

But we had another question to go along with it- is a dehydrator a cost-effective purchase? So we decided to share the economics of buying a dehydrator in this one!

How Much Do Dehydrators Cost? 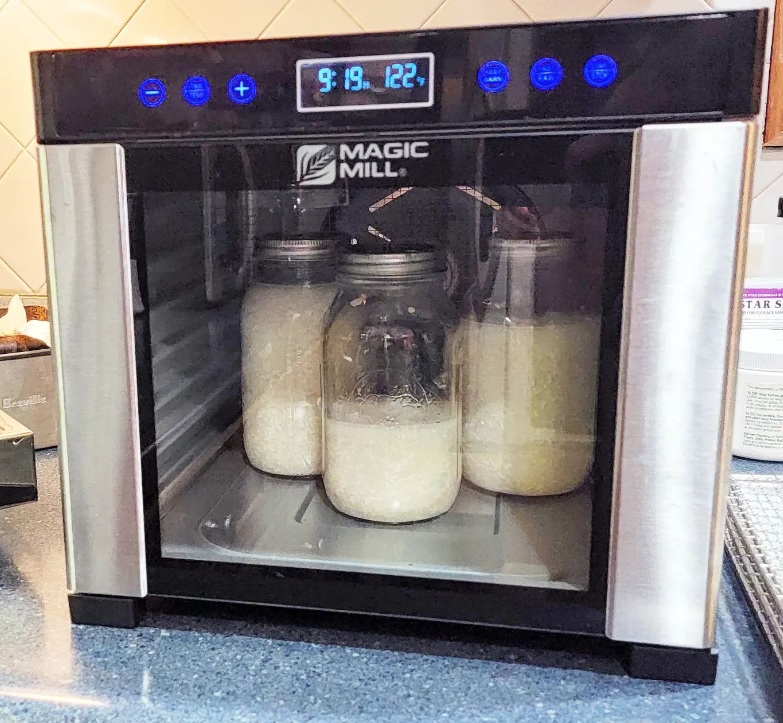 In general, tabletop dehydrators cost between $50 and $200 depending on the brand, size, and model specifications. As we purchased a larger Magic Mill for its increased capacity, we can say for a premium model dehydrator you're looking at around $175 in cost on average.

Operating costs for dehydrators are minimal, if only because the two biggest items are electricity (which we don't include in our assessments) and the items you are looking to dehydrate to begin with. However, when we discuss the products themselves we need to look at them from three angles- the cost for the fresh item, the cost for the dehydrated item, and the relative mass loss from dehydrating as one pound of fresh fruit does not create one pound of dried fruit.

If we were to speak broadly here, sources indicate that most fruits and vegetables have anywhere from 80-90% water content and you generally want to drive off 80% of water for most fruits and 95% of water for vegetables. As such, you're looking at a mass loss of anywhere from 65% to 85% of most items. So if you start with one pound of fresh strawberries, you may only end up with 0.15-0.35 pounds of final product- this detail is key when comparing the relative costs of fresh vs dehydrated products.

So for the purpose of this analysis, we will assume you will have about 75% mass loss during dehydration for any given item.

Now, let's look at a fictitious example where you are dehydrating fruits that you purchased at a store or local farmer's market. Let's say the average cost of the fruit is approximately $4/lb. With 75% water loss, you'll need four pounds of fruit to make roughly one pound of the dehydrated final product.

So this means $16 of fresh fruit will net you one pound of dehydrated fruit.

Most dehydrated produce and fruits generally cost between $8-$12/lb, so for this analysis, most situations where you have to buy your own fruit will likely not pay themselves off unless you are acquiring fruit in bulk with an average price of $2.50/lb or less (hitting an average of about $10 for one pound of final product). In fact, depending on how much moisture loss your exact fruit or vegetable has, your average cost will likely need to be in the range of $1.50/lb (high moisture loss items) to $4/lb (low moisture loss items) as a rough range.

This may be doable in the case of buying in bulk at a farmer's market, but likely out of the reach of just about every non-bulk transaction as you can see the margin is rather slim here.

So let's say you buy your items in bulk. Can sneak in a $2/lb average for an item with 75% moisture loss (meaning four pounds of fresh items produce one pound of dried product). Let's say the average dried price for these is $10/lb such that you are putting in $8 of fresh fruit to receive $10 of dehydrated product at the end- a net gain of $2 per batch.

This would mean that to pay off a $175 dehydrator, you would need to go through approximately 88 dehydrating batches for the dehydrator to pay itself off. Using the fictitious scenario above, this means you would have to dehydrate 352 pounds of produce/fruit in order to offset the cost of the dehydrator outright!

For those who may fall into a lower frequency of use case, the math looks a bit friendlier if you buy a cheaper dehydrator. Instead of buying a $175 model, a cheaper $50 unit would pay itself off in just 25 uses per the case outlined above. If you dehydrate once a week, this payback period is a manageable six months. If you dehydrate once a month, your payback is still roughly two years- a much more suitable time scale for the upfront cost.

To put it bluntly, you really need to use a dehydrator a lot to justify the costs of anything beyond the cheapest models out there!

Gardeners Are an Exception to The Analysis 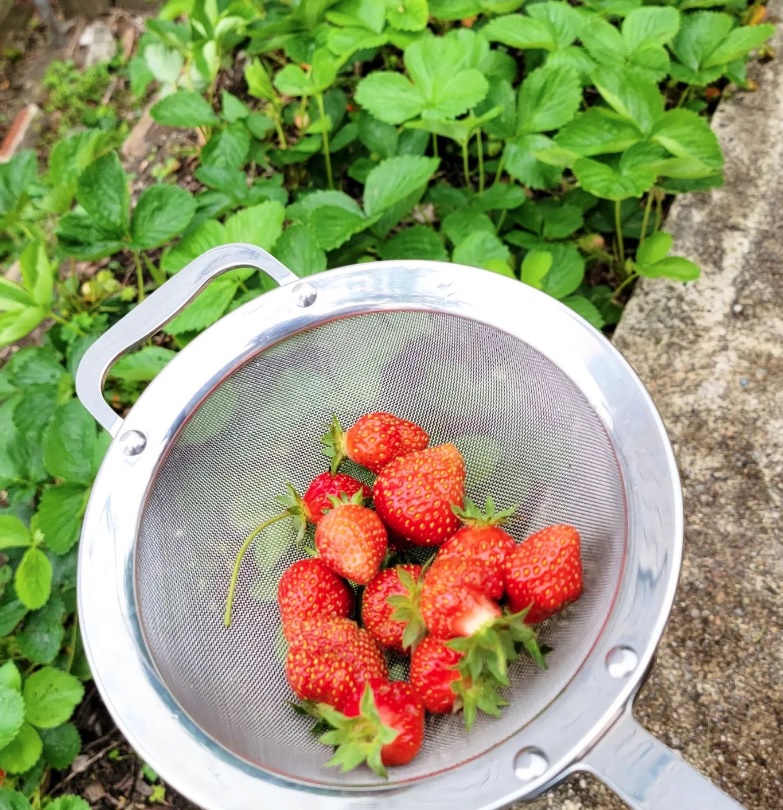 Although buying a dehydrator and fruit does not make for an economical use case for most, there is another situation that is worth discussing- those who garden (and in particular those who garden in large volumes).

While you could account for the base costs of gardening in terms of buying tools, raised bed containers, dirt, seeds, water, etc. for a payoff analysis on its own, for those who are established, in-ground gardeners the harvest is generally considered to be “free food” after a few years after initial setup costs recoup themselves. This is especially true for those with an established fruit tree, bush, or other perennial producers that pay themselves off after the first season or two of production.

Here, we will make the argument that your base cost is effectively free (cost-per-weight of ~$0) if you are producing excess from in-ground gardening after a few years of production (our gardening payback article shows why this is the case). If you are growing 20, 50, or several hundred pounds of produce that need to be processed immediately, a dehydrator could be a good option for an extra preservation mechanism outright.

So how does the math look in this case? Here, we'll look at a relative yield of products just for some rough calculations:

In these scenarios, it would be pretty easy to take a look at how much excess produce you make and roughly calculate how many years a payback would be for a cheaper or more expensive unit and go from there. If you are at about 10 pounds or less, a cheaper dehydrator is likely for you. If you regularly produce 20, 30, 50, or 100 pounds of excess, then the math is rather strong to justify purchasing a more expensive dehydrator outright (and you'll benefit from the larger space of the more expensive units, too!). 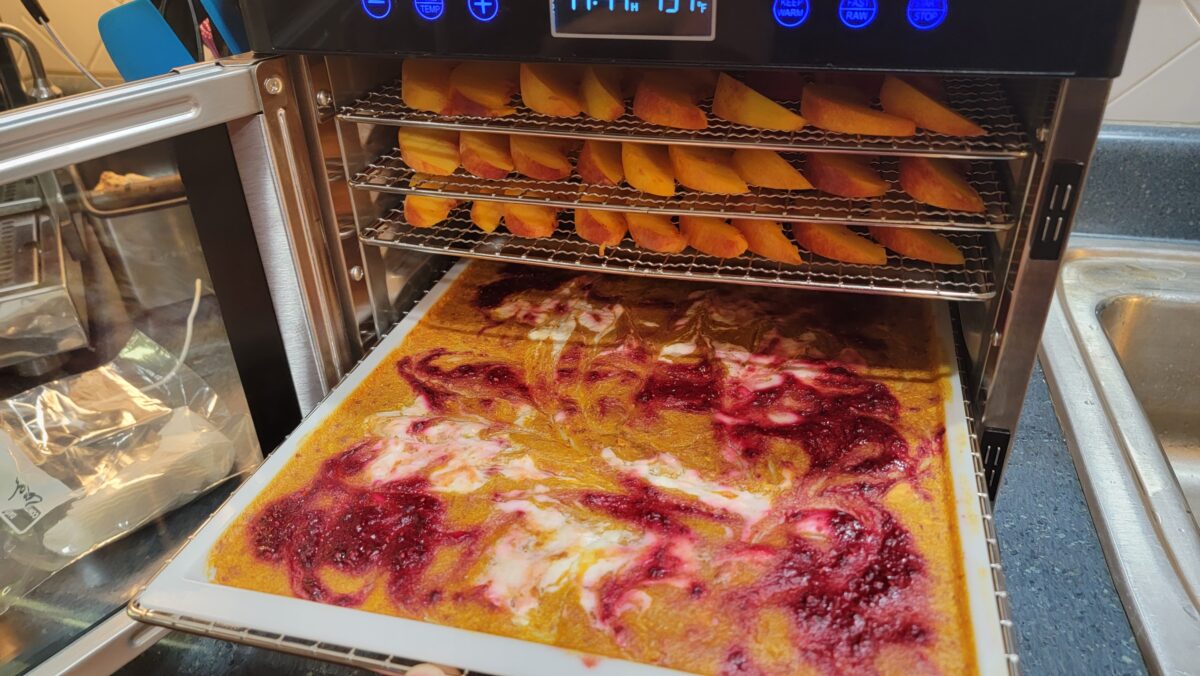 As such, while there are numerous scenarios to keep in mind when looking at the economies of owning a dehydrator, we can safely sum it up as the following:

Finally, we would be remiss if we didn't note that many new ovens now have dehydrator features as well. As ovens have a rather large capacity, you should check to see if you can utilize a feature on your own machine before buying a standalone product. In this case, no additional purchase should be necessary even if the electricity costs are likely a little bit higher. When it comes to that versus how much room our dehydrator takes up in storage, we would choose an oven feature every single time.

Do you use a dehydrator at home? Do you find it has been a worthwhile purchase? Comment below to share!